The Supreme Vocation for Serving

From my book Apocalipse sem medo - 1999 não anulou as profecias [The Apocalypse Without Fear — 1999 did not nullify the prophecies], according to the specialized press it was the biggest-selling book at the 16th International Book Biennial...

The Jacobins, the Guillotine, and the Forgotten Fraternity

When answering Portuguese journalist Ana Serra, on September 19, 2008, about what my purpose was in writing Reflexões da Alma and having it launched in Portugal, I said that at first it was for my friends who asked me to publish some of my...

Charity—understood as Universal Fraternity, therefore an instrument for the true progress of the peoples—is a topic always addressed in my articles, because I consider it to be essential for our survival. Thus, I find it appropriate to continue with...

Source: Reflection of Goodwill taken from the book “Sacred Spiritual Guidelines of the Religion of God, of the Christ, and of the Holy Spirit,” volume 3, 1991. | Updated in May 2018.

As the saying goes, thought is power. And that is true. In a way, it restates what Jesus taught us in His Gospel according to Mark 9:23 and 11:24: “Everything is possible for one who believes. Whatever you ask for in prayer, believe that you have received it, and it will be yours.”

It is evident that the Divine Professor was not referring to the absurd requests that some people make and then complain about not being answered . . . What would they expect? . . . May our Accomplishing Faith always be used on behalf of Goodness, as in the valuable example of Saint Teresa and her famous ten coins.

Malba Tahan—the pseudonym of the renowned Brazilian writer and mathematician Júlio César de Mello e Souza (1895-1974)—tells us in his book Lendas do Céu e da Terra [Legends of Heaven and Earth] something which, if you allow me, I would like to present here by heart, because it illustrates this point perfectly:

“Saint Teresa was getting ready to go on a journey. One of the sisters who lived with her asked what she was going to do.

“‘I am going to build a new convent in the service of Goodness,’ replied the Saint.

“‘But do you have the resources to do it? Are you taking any money with you?’

“‘Ten coins!’ the sister exclaimed, astonished. ‘That’s so little! What can you do with ten coins, Teresa?’

This, in a nutshell, is the story told by the late Professor Júlio César de Mello e Souza.

The world does need good examples of work and accomplishments that ultimately benefit the entire population, but it urgently needs to pray. This does no harm and leaves no one alienated, as some people still go around saying in haste. That is pure ignorance of vital issues, which need to be clarified. As long as humans are unaware of what they are supposed to do on this planet, they will continue to stumble throughout life, in this and in other dimensions.

Alziro Zarur (1914-1979), late founder of the Legion of Good Will (LGW), used to say that, “Calling on the name of God sincerely from the bottom of our hearts attracts the protection of the Higher Spirits.” 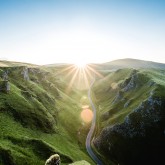