In the third millennium, which has . . . one thousand years, one day everyone will have to understand that the only way of achieving progress—and not the progress of destruction—for the whole planet is by spiritualizing individuals and, consequently...

On March 22, 1992, the United Nations published its “Universal Declaration of Water Rights”. The idea behind the text was to awaken and increase environmental awareness of populations and of those in government positions, especially as to the...

June 17 is World Day to Combat Desertification and Drought. It is worth highlighting, therefore, some recent alarming data. According to UN-Brazil’s website: “The World Health Organization (WHO) has pointed out the need to reduce the emission of pollutants, such as black carbon, ozone, methane, and carbon dioxide, which not only contribute towards climate change but also cause more than 7 million deaths annually linked to air pollution.” According to Deutsche Welle, a study carried out by the Atlantic Forest Restoration Pact shows that reservoirs in Brazil, which are considered to be in a critical situation by the National Water Agency (ANA), have lost, on average, 80 percent of their forest cover.

Now, the damaging impact of this veritable “arboricide” is there for all to see. Air, soil, and water are deteriorating every day in terms of their quality, fertility, and abundance.

Be careful, we are breathing death

On July 1, 2000, Brazilian magazine Manchete published an article I had written that seems as though it were written today:

Presently, in vast regions on Earth, the simple act of breathing means to shorten one’s life. Lung diseases and allergies grow in geometric progression. Hospitals and specialists’ consulting rooms are always full of the victims of the most diverse impurities.

To approach the exhaust of a vehicle is suicide, such the adulteration of fuel running around. And all this without mentioning engines which are not properly tuned . . .

When you approach by land, air or sea, the world’s great populated centers, one readily notices the landscape surrounded by an ocean of noxious gases.

Children and elderly people live there... They deserve respect.

However, in an inexorable manner, health is being undermined, beginning with psychic health, since human minds have been suffering all kinds of pressure. For this reason, it will not be enough to surround ourselves with walls ever so higher, if well before this the threat is within our own homes, reaching our body and the being’s psychology.

In coastal cities, albeit the sea, the atmospheric poisoning forges ahead, without mentioning the contamination of the water and sand... The surprising fact is that many of them are highly politically aware cities, however only recently have their inhabitants awakened to such a terrible risk.

To clean up any urban or rural area from pollution should be part of the courageous program of any politician who really is committed to his/her appointment. One cannot wait for this to take place only when the subject becomes profitable. Well, there’s nothing more profitable than caring for the citizen, God’s Capital.

There are many issues, but this one is of the utmost importance: we are breathing death. We are facing a kind of progress that, at the same time, spreads ruin. Our own.

It is obvious that we urgently need to widen people’s ecological awareness, before the downfall of the quality of life reaches a point of no-return. This has been the challenge faced by many pragmatic idealists.

However, sometimes greed is greater than reason. The carelessness in the preparing of certain communities so that these do not sterilize the ground beneath them appears to be greater than the survival instinct.

The pollution that comes before

The infinite amount of pollution that has been endangering the life of all of us results from the moral bankruptcy that, in one way or another, is making our lives hell. Living at the present time means managing danger. But there is still time to accept what Antoine de Saint-Exupéry (1900-1944) said: “We must build roads between men.” We really have to do so, because we find ourselves less and less on the paths of existence as brothers and sisters. Distanced from Ecumenical Fraternity, we shall not experience Peace. 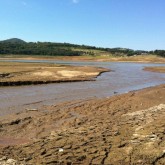