THE EXTRAORDINARY LUMINOUS PRESENCE THAT RESISTS THE PASSAGE OF TIME There is a Liberator whose influence transcends limits or human dates. May or November*²? His influence is constant. While there is hunger, unemployment, the homeless, the underage...

Jesus Is Greater Than We Think

I often say that the Heavenly Father disapproves of any manifestation of hatred in His Holy Name. Unfortunately, we have sometimes seen such intolerant separation break out, whose enjoyment is never to the liking of...

The Birth of Jesus!

Two significant dates prepare the spirit of people for the celebrations of yet another Christmas, of the Ecumenical Christ, the Divine Statesman. I am referring to the International Human Solidarity Day (12/20) and the day dedicated in Brazil to...

Source: A Reflection of Goodwill taken from the Good Will Portal, in December 2011. | Updated in November 2018.

The Legion of Good Will (LGW), which was brought to Earth on the initiative of journalist, radio broadcaster, and poet Alziro Zarur (1914-1979), has always based its own actions on those of our Heavenly Friend, Jesus, as it supports people who suffer the most both materially and spiritually. Its motto is: “Long live the Everlasting Christmas of Jesus for a better world and a happier humanity.”

In the early hours of February 4, 2000—with my thoughts inspired by so many ideas that several thinkers have produced over the millennia, and reflecting once more on the highly altruistic meaning of Christmas, this spiritual but no less mystical date—I wrote down some words that were motivated by the eloquent greatness of this Organization, which draws us fraternally together.

There is still a lot of violence in the world, but we cannot let the hope that keeps our hearts united die.

In the Spirit of the Everlasting Christmas of Jesus, in addition to the table laden with food and the joyful presence of our families and friends, let us share, each and every day of the year, the bread of the Good News of the Divine Master sent to nourish our hearts with Peace and Ecumenical Fraternity, the safe path we long to tread.

A light shone in the manger, and it expanded in the Calvary to enlighten the earthly conscience. That Sparkling Luminosity glorified human destiny in the Resurrection and filled the world with Hope when Jesus raised to Heaven and the Angels announced to the Galilees, touched and startled, that, in that same way, Christ would return to Earth (Acts of the Apostles 1:8-14):

“8 But you will receive power when the Holy Spirit comes on you; and you will be my witnesses in Jerusalem, and in all Judea and Samaria, and to the ends of the earth.
“9 After He had said this, Jesus was taken up before their very eyes, and a cloud hid Him from their sight.
“10 They were looking intently up into the sky as Jesus was going, when suddenly two Angels dressed in white stood beside them.
“11 ‘Men of Galilee,’ they said, ‘why do you stand here looking into the sky? This same Jesus, who has been taken from you into Heaven, will come back in the same way you have seen Him go into Heaven.’
“12 Then the Apostles returned to Jerusalem from the hill called the Mount of Olives, a Sabbath day’s walk from the city.
“13 When they arrived, they went upstairs to the room where they were staying. Those present were Peter, John, James and Andrew; Philip and Thomas, Bartholomew and Matthew; James son of Alphaeus and Simon the Zealot, and Judas, son of James.
“14 They all joined together constantly in prayer, along with the women and Mary the mother of Jesus, and with His brothers.”

The centuries passed, followed by joy and sorrow, defeat and victory, and the constant callings from the Spiritual World to a better life for all people. However, environments of tyranny and ambition remained deaf to God’s appeals. That is why, even today, they do not hear Christ sobbing over the careless humanity: “Jerusalem, Jerusalem, you who kill the prophets and stone those sent to you, how often I have longed to gather your children together, as a hen gathers her chicks under her wings, and you were not willing” (The Gospel according to Matthew 23:37).

Jerusalem currently represents the whole of this distracted humanity. Christ’s Light, however, has continued to come down like a balm for the Spirit of everyone, even for those who have despised His message, but especially for the ones who are persevering to the end, according to His promise to the faithful of Smyrna: “Be faithful, even to the point of death, and I will give you Life as your Victor’s Crown” (The Apocalypse 2:10).

(To be continued)
Read also: Sharing the Bread (Final Part) 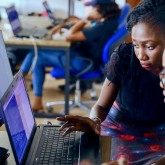