What is happening to the planet Earth? Remember that everything is faster now. You can hear about and watch in real time the spread of deserts where there used to be abundant forests, to the point that the United Nations dedicated...

We Are All One

In the Field of Good Will, we cultivate the divine part that exists in all individuals, waiting to be awakened to become effective in writing the script of their own evolution. Therefore, we preach the Ecumenism of Fraternal Feelings, which...

In the third millennium, which has . . . one thousand years, one day everyone will have to understand that the only way of achieving progress—and not the progress of destruction—for the whole planet is by spiritualizing individuals and, consequently...

We inadvertently forget that we are creatures who are dependent on Mother Nature; thus, we must take good care of her. As for Biblical prophecies, like the Prophetic Sermon of Jesus (The Gospel according to Matthew, Chapter 24) and the Apocalypse, they are not there to scare us. On the contrary, they serve as an age-old warning. Frightening is what human beings do. The predictions are God's warnings about this fact: if we go on as we are, using our free will badly, the consequences will be such and such. The admonitions of the Prophets are not meant, therefore, to frighten us, nor are they “visions” of profligates. In fact, foolish are the actions of people who are considered practical but are not practical at all, and, instead, are greedy and suicidal, because we have no other dwelling other than this suffering planet, the patience of which is flagrantly running out. This is why Jesus, the Divine Prophet, when referring to the Great Tribulation, in His Gospel according to Matthew 24:21, says that it will be such as never has been seen before since the foundation of the world, nor will it ever be repeated. Such a fact of considerable magnitude has not yet occurred on Earth; at least not during the period that we, human beings, have been dwelling in it. And here is the transcript of verse 22: “If God had not cut short those days, not even the elect would have been saved.”

I always say: without the New Commandment of Jesus, which Alziro Zarur (1914-1979) presented as the Key of Life and the Key to Death, even the Divine Laws, in the hearts of those who do not know how to love for not acknowledging and not fulfilling the Lord's Commandment, can be used as tools of tyranny. Unfortunately, human beings often reduce great ideas to their very restricted capacity of understanding in the face of the infinite nature of the Universes. They waste their time and delay their spiritual evolution, because the Law of God is not going to be bothered by the petty actions of men.

I conclude with these comforting words left by Alziro Zarur: “The final Armageddon will pass, as will all wars, all sectarianism, all hatred, all sickness, all baseness, and all the horrors of life and death. And you will see a new Heaven and a new Earth. They will form—before God—a single Flock for a single Shepherd. They will be the sheep chosen by Goodwill, as indicated by the New Commandment of Christ, the eternal Love, without divisions and without Pharisaism, the endless Love that comes from God to the children who love Him, loving the earth and loving heaven.” 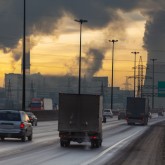