Answering the many requests of the readers that follow our writings in the several newspapers in the Country, I bring a text which I transcribed in my series of articles published in the Brazilian newspaper Folha de S. Paulo, during 1986. I...

On March 22, 1992, the United Nations published its “Universal Declaration of Water Rights”. The idea behind the text was to awaken and increase environmental awareness of populations and of those in government positions, especially as to the...

Presently, in vast regions on Earth, the simple act of breathing means to shorten one’s life. Lung diseases and allergies grow in geometric progression. Hospitals and specialists’ consulting rooms are always full of the victims of the most diverse impurities.

To approach the exhaust of a vehicle is suicide, such the adulteration of fuel running around. And all this without mentioning engines which are not properly tuned . . .

When you approach by land, air or sea, the world’s great populated centers, one readily notices the landscape surrounded by an ocean of noxious gases.

Children and elderly people live there... They deserve respect.

However, in an inexorable manner, health is being undermined, beginning with psychic health, since human minds have been suffering all kinds of pressure. For this reason, it will not be enough to surround ourselves with walls ever so higher, if well before this the threat is within our own homes, reaching our body and the being’s psychology.

In coastal cities, albeit the sea, the atmospheric poisoning forges ahead, without mentioning the contamination of the water and sand... The surprising fact is that many of them are highly politically aware cities, however only recently have their inhabitants awakened to such a terrible risk.

To clean up any urban or rural area from pollution should be part of the courageous program of any politician who really is committed to his/her appointment. One cannot wait for this to take place only when the subject becomes profitable. Well, there’s nothing more profitable than caring for the citizen, God’s Capital.

There are many issues, but this one is of the utmost importance: we are breathing death. We are facing a kind of progress that, at the same time, spreads ruin. Our own.

It is obvious that we urgently need to widen people’s ecological awareness, before the downfall of the quality of life reaches a point of no-return. This has been the challenge faced by many pragmatic idealists.

However, sometimes greed is greater than reason. The carelessness in the preparing of certain communities so that these do not sterilize the ground beneath them appears to be greater than the survival instinct.

Our water supplies are being depleted

The Tribuna da Imprensa newspaper, of veteran Hélio Fernandes, published a conclusion of a study disclosed by the independent research organization Worldwatch Institute, based in the U.S.: “The Arctic sea ice loses an area equivalent to the Netherlands each year, in other words, some 34,300 square kilometers. (...) Since the permanent ice also works as a mirror, reflecting solar heat and maintaining Earth’s temperature relatively cold, it is feared that the current rate of melting will multiply the devastating effects of global warming in the atmosphere. Before the catastrophe, however, the melting ice has already been causing problems for those cities that depend on it for their supply of freshwater. Lima, in Peru, is a dramatic example. Each one of its 10 million inhabitants has today only three cubic meters of water derived from the Quelccaya glacier, when just ten years ago, 30 cubic meters were sourced from that glacier”.

A consequence of the greenhouse effect? Some say yes; and others, still today, say no. The truth is that it is the result of the folly of people that cannot see a hand’s breadth before their nose, as the poet Pedrinho Bevilacqua said using a satiric tone and a Noel Rosa´s (1910-1937) popular melody, some think they know but they don’t.

A Meditation of Good Will*1

It has never been so indispensible as now to join efforts of environmentalists and their detractors, as well as workers, businessmen, media professionals, union members, politicians, military personnel, lawyers, scientists, the religious, skeptics, atheists, philosophers, sociologists, anthropologists, artists, athletes, teachers, doctors, students, housewives, head of families, barbers, taxi drivers, street sweepers and every other segment of society in this fight against hunger and towards the conservation of life on the Planet. The subject has become dramatic and its perspective tragic. For the same reasons, the strengthening of an ecumenism that can overcome barriers, placate hatred and promote the exchange of experiences that drive global creativity is an urgent need, confirming the value of social and humanitarian cooperation of partnerships, as in, for instance, popular cooperatives where women stand out, especially because they are completely against waste. There is a lot to learn from one another. A known route against the grain is that of violence, brutality, of wars that invade homes all over the world. In short: each time we overcome arrogance and prejudice, there will always be room to take in fair and good things from all components of this vast “Noah’s Ark”, which is our globalized world of today.

___________________________________
*1 Excerpt extracted from the article called “Eight Millennium Goals” by Paiva Netto, published in the Globalization of Fraternal Love magazine. First printed in Portuguese, French, English, and Esperanto, the message was forwarded by the president of the Legion of Good Will to the High-level Segment 2007, of the Economic and Social Council of the UN (ECOSOC)—in which the LGW has general consultative status. The meeting took place at the Palais des Nations, UN Office in Geneva (Switzerland). 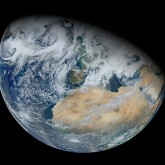