Autism and the Challenges of Inclusion

In order to expand everyone’s awareness, some topics must always be on the agenda. One of them is autism, which affects more than two million Brazilians, according to information from the United Nations (UN). Early diagnosis can make an enormous...

June 26 is the International Day against Drug Abuse and Illicit Trafficking. This date is important for health in general, in particular of our youth. It is at an early age that we learn how destructive drugs and alcohol are. The lamentable...

“A cheerful heart is good medicine.”  (Proverbs 17:22) Charity, which is God’s creation, is the feeling that keeps us alive in the troubled hours of our existence. It invites us to look up high and beyond, so we can spot...

The closer we are to Jesus, the farther we are from problems!

We learn from an early age how unfortunate the destiny that drugs and alcohol introduce people to is. They not only ruin the life of the user, but of the whole family. The illusory sensation of well-being and euphoria becomes tragically evident through the progressive degradation of the Soul and body of those who are addicted to drugs and alcohol.

The lamentable consequences leap in front of our eyes. Look at how many road traffic victims, the unhappiness in the bosom of households, and the high costs it imposes on healthcare systems. Just to mention alcohol, according to the Brazilian Health Ministry, 10 to 15 percent of the world’s population is considered dependent.

Pari passu with public policies and medical care for users in their struggle against chemical dependence, one cannot ignore due valorization of families. This is where we find the solution to many of the current problems afflicting Humanity.

In demonstrations and pamphlet campaigns, in conferences, on the radio and on TV, we advise parents and legal guardians to pay constant attention to the daily lives of their children, to the friends they have, to their doubts, and to the places they go to. Besides all of this, what is also essential in a family dialogue is Ecumenical Spirituality.

Initiatives aimed at treating humanely those who have fallen into these traps of addiction or which focus on preventing such ills deserve all our support and incentives. Fighting what is bad for people is also legitimate help. Charity is not restricted to the very narrow meaning that some people want to sentence it to. It is the highest of politics. It enlightens the citizen’s Spirit. It foments people’s courage. Why lose hope? The first victim of despair is the person who is desperate.

Problems have a solution when human beings are really willing to solve them. It is a matter of respect for the divine privilege of existing. That is why this quote by Henry Ford (1863-1947), who once defined Goodwill as the greatest force in Life, fits like a glove: “Wealth, like happiness, is never attained when sought after directly. It comes as a by-product of providing a useful service.”

This is an indispensable consciousness for any activity. This same commitment is required from us in the fight against drugs, which afflict so many families, and in the proper rehabilitation of drug users. Crack, alcohol, and tobacco, just to name a few, are therefore a lamentable Armageddon to be overcome.

The illustrious Spirit, Dr. Adolfo Bezerra de Menezes Cavalcanti (1831-1900), who was mayor of the city of Rio de Janeiro at the time of the Empire period in Brazil, in a message channeled by the medium Chico Periotto, emphasized this topic. I would like to ask you to pay close attention to his words: “Don’t let human vices affect your Spirits or your families, especially those vices that are widely publicized in the media—from a simple, apparently harmless, cigarette to drugs and alcoholic drinks. Shield, shield your Souls. The body, the physical vessel that all of us have received in this present incarnation, is an instrument borrowed from God.”

Jesus, the Devoted Shepherd, does not abandon anyone

Jesus, the Devoted Shepherd, takes care of the sheep with His own life and educates them with the Knowledge that goes beyond knowledge for all Eternity. In the Parable of the Lost Sheep, which is found in His Holy Gospel according to Luke 15:4-7, the Divine Master confirms His inestimable dedication to the Children of the Exalted Father:

“4 Suppose one of you has a hundred sheep and loses one of them. Doesn’t he leave the ninety-nine in the open country and go after the lost sheep until he finds it?

“5 And when he finds it, he joyfully puts it on his shoulders

“6 and goes home. Then he calls his friends and neighbors together and says, ‘Rejoice with me. I have found my lost sheep.’

“7 I tell you in the same way there will be more rejoicing in Heaven over one sinner who repents than over ninety-nine righteous persons who do not need to repent.”

It is imperative that we do not give up on those we love; even those who, for whatever reason, we stopped loving or never loved. In fact, we should never forsake the human being, because, deep down, we are part of God’s Great Family. Let us learn from Jesus, who is the Great Friend who never abandons a friend along the way. He therefore goes to look for the lost sheep wherever it may be.

Close to Jesus, far from problems.

I always say to the youth in the Legion of Good Will: The closer we are to Jesus, the farther we are from problems!

In the Gospel of the Ecumenical Christ, the Divine Statesman, we find excellent guidelines on the ideal behavior for living in society, having common sense as our bedrock for all occasions. 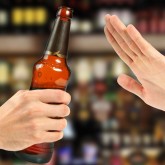