As a new year approaches, the salutary custom of wishing hope for happier times is repeated. In a speech I gave on December 20, 2008, broadcast by Boa Vontade TV, Super Good Will Radio Network, and the Internet (www.boavontade.com), I analyzed this...

The Deceased and Eternal Life

November 2 is known in many countries as the Day of the Dead (All Souls’ Day). In the Religion of God, of the Christ, and of the Holy Spirit, however, we proclaim it as the Day of the Living, since the dead do not die! When my dear and beloved...

Father’s Day! We turn our thoughts first to the Father of all of us, our Heavenly Father, who begot our own fathers and made us fathers too. Some people may argue, “But what about men who don’t have any children?”

I have already explained that a father is also someone who generates Good Deeds―as if they were his daughters―who builds indispensable spiritual and social constructions ―as if they were his sons. Some of the great figures of humanity were not fathers in the literal sense of the word, but they brought to this world “children” that are books, scientific discoveries, and visionary philosophical, moral, political, and religious teachings. These are the admirable descendants that benefit multitudes generation after generation.

To the fathers of spiritual, biological, adoptive, moral, and social children, the fraternal acknowledgement from the Legion of Good Will (LGW); from its community, educational, cultural, arts, and sports centers; and from all the units we operate through the power of our Accomplishing Faith, because Jesus taught us that Faith moves mountains. He encourages us: “Truly I tell you, if you have Faith as small as a mustard seed, you can say to this mountain, ‘Move from here to there,’ and it will move. Nothing will be impossible for you.” (The Gospel according to Matthew 17:20)

The Divine Master also said, “Everything is possible for one who believes.” (The Gospel according to Mark 9:23)

To all those the Illustrious Thaumaturge invited to “Get up and walk” (The Gospel according to Luke 5:23).

Beings of Goodwill from Brazil, from the world, and from the Spiritual Realm that is still invisible to our poor physical senses, let us move forward towards the Ecumenical Christ, the Divine Statesman! As our Brother André Luiz (Spirit) said, “The LGW is our caravan now. Let’s not be mistaken: Jesus is at the forefront of our Movement.”

A prayer dedicated to fathers

Let us turn our thoughts to God, the Heavenly Father. Let us ask Him for protection for earthly fathers. In pain, in suffering, and in war, the first invocation heard from those who are suffering is the name of those who generated and/or raised them. Now let us say the Ecumenical Prayer of Jesus, the Lord of this planet’s Prayer, which is found in His Gospel according to Matthew 6:9–13.

“Our Father who is in Heaven, hallowed be Your Name. Your Kingdom come, Your Will be done on Earth as it is in Heaven. Give us this day our daily bread. And forgive us our trespasses, as we forgive those who trespass against us. And lead us not into temptation, but deliver us from evil. For Yours is the Kingdom, and the Power, and the Glory forever. Amen!”

A sense of true freedom

“Give us this day our daily bread. And forgive us our trespasses, as we forgive those who trespass against us.”

If this were the permanent supplication of ​​the world, much would be transformed. To begin with, we would be asking the Creator for spiritual bread, strength of mind, a sense of true freedom, and independence of judgment, which can only come from heavenly inspiration. If the body needs material nourishment, the Spirit needs the bread of freedom.

But what is freedom? Hands free to harm others? Free to slander and defame a community, a family? No! That would be the established evil. Freedom must be illuminated by the heart that loves, respecting the Justice that comes from God. That is what moral is about; what to be just is! But for this conception to truly apply and be able to edify a country, we must seek an understanding of what Divine Law really is.

We need to be aware that Fraternal Love also means Justice, and not acquiescence to errors. Someone may ask, “But what’s right and what’s wrong?”

Anything that causes injury and pain cannot be right. The imbalance found in humanity comes a lot from this.

Jesus as a paradigm

Hail, Father’s Day, Mother’s Day, and Grandparents’ Day! Hail, Jesus! Our greetings to the children and young people from Brazil and abroad! May the green grass (the youth)—which is described in the study of the Apocalypse free of taboos—not be destroyed. Otherwise, life on Earth is not going to continue.

When we say that young people should not be annihilated, we are not only thinking in the limited sense of the death of the physical body, because if our conscience has failed, we will be dead too. Intellect and conscience exist. The latter leads us to wisdom when it is enlightened by Divine Goodness, if we so wish.

May the Peace of God be in the heart of everyone now and forever, whether they believe in the Higher Spirituality or whether they are atheists! The important thing is being honest and deserving. Therein lies the secret: Jesus as a paradigm! May He have mercy on us and may His Generosity guide our destinies!

Finally, I am moved as I express my sincere gratitude to my late father, Bruno Simões de Paiva (1911-2000). He was one of the people mainly responsible for my cultural education, even though it was modest. He was always giving me books, because he was concerned with the education of his son and of my sister, Lícia Margarida (1942-2010). Wherever you are, alongside my mother, Idalina (1913-1994), I send a kiss to your heart, dad. 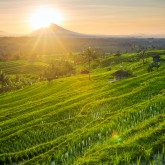