Popular tradition teaches us that “thought is power.” So, my dear friends who carefully read me: let us bear in mind at all times the very best, in other words, Good for others and for ourselves. If we are always in good spirits,...

Love Is the Found Link

Love is the supreme definition of Divinity. It is the missing link that creatures seek in the immensity of scientific study, which, in order to make faster progress in the social sphere, has to join with non-fanatical Faith to find this link. For...

It is not difficult today to find people who are desperate, disillusioned, disheartened, and who ask themselves: “What a struggle! For what? Is all of this worth it? And if the world is going to end—as some say—why continue?” My friend, if...

The Death of “Death”

In my book Os mortos não morrem [The Dead Do Not Die], I explain that the Apocalypse of Jesus, the Book of Revelation—filled with remarkable symbolism as narrated by John the Evangelist, the sensitive from Patmos—surprises us with an unexpected event. In verse 14 of chapter 20, we see the unbelievable happen: the death of “death.”

It does not mean to say that death will vanish, as some people, even with good intention, hope, thinking about making material life eternal through the conservation of the perishable, frozen body—as proposed by cryonics.1 It is rather the death of “death,” “the last enemy to be destroyed,” as inspired by the Apostle of the Gentiles (First Epistle to the Corinthians 15:26). The more spiritually enlightened we are, the more we destroy it.

What will die is “death,” which has sustained the unfortunate kingdom of spiritual ignorance all over the Earth.

Now, human beings start to understand why they live, die, reincarnate, and that the dead do not die! That explains the march of the World Revolution of the Spirits of Light,2 which was announced by Alziro Zarur (1914-1979) in 1953. I have said that this Revolution cannot be carried out if we hide the Spirits. Hence the reason the powerful microphones of the Super Good Will Radio Network and of the Good Will TV are available to them, as well as our publications and websites. That way, they can always communicate their fraternal messages.

As for the “lake of fire” mentioned in chapter 20, verse 14, of the Apocalypse, it has to do with remorse, since it is indeed a painful death for the guilty conscience.

There are still some who hope to reach longevity for the physical coating through cryonics. That is not how things work, though . . .

When studying how the spiritual mechanism works, we learn that there is an ethereal body guiding the functioning of all our senses through our Soul. The freezing process may imprison the Spirit to the somatic body. By the way, Paul the Apostle, in his First Epistle to the Corinthians 15:39 and 40, sends us this warning:

Since humankind still lags far behind in regard to divine matters, part of Science―either due to prejudice, fear, or taboos―has somehow been blocked by many of their best peers in the advance of the so-called “occultism” and “mystery.” Progress towards the things of the Spirit still drags on very indolently. But as our friend Flexa Dourada (Spirit) says,

“Whenever Jesus wants something, He does it. He snaps His fingers, and things are mingled, transformed [and become ecumenical].”

If we do not pay attention to Divine Moral and to the existence of the Soul, Professor Suffering will come into action to make us see this extraphysical reality, the Divine Determinism. When the Truth, including the Truth of the spiritual matters, is not accepted by the summoning of Celestial Love, it requests the presence of a Higher Justice so as to lead human beings back to the pathway settled for their full enlightenment. This is not about punishment—some people are horrified by the thought “Oh, God will punish you!” They say that, however, because they have not given full attention to what Jesus told the members of the Church in Laodicea (The Apocalypse 3:19):

“Those whom I love, I reprove and discipline, so be zealous and repent.”

Actually, Divine Law does not punish, but disciplines. However, to those who do not hear, the “stiff-necked people” (Exodus 32:9), there is no other option but the most eloquent language of challenge and of Pain.

_________________________
1 Cryonics — Low-temperature freezing of human and animal bodies. The purpose of the technique is the conservation of the physical body until the cure is found for some infirmity that caused death. Therefore, as its defenders argue, as the body would not lose its physical properties, it would be “resuscitated,” cured, and would be given life back when higher temperature is applied. The controversial technologies of future reanimation, as supposed by cryonics, are still hypothetical and not very well known or recognized. Regulation laws have been enforced in the United States for human body freezing. Only bodies that are legally declared dead can be preserved through cryonics. Otherwise, it would be considered murder or suicide.

2 World Revolution of the Spirits of Light, in the Fourth Revelation — Announced in 1953 by Alziro Zarur, it is an extensive ecumenical movement that promotes conscious exchange between the two Humankinds: that of the Earth and that of Heaven. Its initial steps were taken in the 1990s when writer Paiva Netto, after adding the term “of Light,” gave new dynamics to the practical meetings at the Universalist Spiritual Center (CEU) and created the first effective group of direct mediumship of the Religion of Universal Love on January 6, 1992. Under Paiva Netto’s leadership, Dr. Bezerra de Menezes coordinates this pioneer movement in the Spiritual World. On April 3, 1993, this generous physician from Heaven said: “The medical team of Divine Medicine is watching over all of you, not only over those at the Ecumenical Churches of the Religion of God, of the Christ, and of the Holy Spirit, but also all those who could not come due to some physical, organic, or material difficulties. We count on 50 thousand Heavenly doctors working at full speed for the healing of physical and spiritual evils of Brazil and the whole world.” 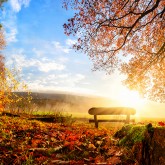