The months of October and November are marked by dates that remind us of the genius of two of the most famous Brazilian composers: Heitor Villa-Lobos and Claudio Santoro. This is because on October 1st we celebrate...

Logic Does Not Accept Barriers

On September 18, 2000, Brasília, capital city of Brazil, was the stage for one of the greatest undertakings for the integration of Faith and Science. Having understanding as the guiding principle, the Legion of Good Will (LGW) held the first plenary session of the Spirit and Science World Forum at the World Parliament of Ecumenical Fraternity (LGW’s ParlaMundi). One of the purposes of the event was to promote the exchange between scientific knowledge and the knowledge from the various religious and spiritualistic traditions, in addition to proposing new paradigms for the sustainable development of a fraternal, solidary, and equal society based on a spiritual and ecological perspective to ensure World Peace.

It is timely to introduce excerpts from the Science and Faith on the Path to Equilibrium magazine, especially written by Paiva Netto for the event. The content is the result of Paiva Netto’s impromptu speeches on the radio, TV, and his lectures over the decades.

In Science, nothing is final. It is not logical to think about insurmountable barriers for a specialty that is crucial for human development, in which research, analysis, conclusion―research again, analysis once more to conclude at an amplitude of ad infinitum reflection―is the basis for its luminous work. Especially now, when the world undergoes rapid changes.

In his book A loucura sob novo prisma [Madness under a New Perspective] Dr. Adolfo Bezerra de Menezes*1 (1831-1900)―a physician, professor, public speaker, politician, Chair of the Municipal Chamber in Rio de Janeiro, Brazil, a position that is today equivalent to that of a Mayor―wrote: “The proof that we know nothing about Infinite Knowledge, which is our destiny to conquer, lies in the fact that Science always moves ahead, but is never able to state: the final mark has been reached.”

For the sake of argument, that means to say that Science, notably the field called Sociology, must not be confined to an ivory tower. Its scope of influence, in alliance with Religion, covers everything that stands for the elaborate examination of the human, social, and spiritual phenomena on Earth, as thought by North American physicist Brian Swimme, quoted by writer Eduardo Castor Borgonovi*2: “I am convinced that any vision of the universe that doesn’t shock us is without value for us. We don’t need reasonable visions; we need the most outrageously wild visions of the universe we can find.”

Renowned astronomer and physicist Ronaldo Rogério de Freitas Mourão*3 was the first Brazilian to have an asteroid named after him. In an interview to the Super Good Will Radio Network in March 2000, he said: “Science is a process of learning about Nature that uses a series of methods. The scientific method is exactly the one to provide proof. A hypothesis is formed and then subjected to experiments that either verify previous hypothesis or not. Science’s major purpose is always to question what has been affirmed. There is no absolute Science. . . . We do not believe in something just because we do, but rather, we always question the probability that what has been analyzed really exists or not.”

While addressing the Conference on Science, Philosophy, and Religion at the Jewish Theological Seminary in New York (USA), in 1940, Albert Einstein (1879-1955) said: “Science can only be created by those who are thoroughly imbued with the aspiration toward truth and understanding. This source of feeling, however, springs from the sphere of Religion. To this there also belongs the faith in the possibility that the regulations valid for the world of existence are rational, that is, comprehensible to Reason. I cannot conceive of a genuine scientist without that profound faith.”

Furthermore, as observed by illustrious Professor Walter Bagehot (1826-1877): “One of the greatest pains to human nature is the pain of a new idea.”

Old Einstein would fully agree with the British economist, since in the following century (20th century), almost at its close, he would say: “It is harder to crack prejudice than an atom.”

The founder of the Brazilian Institute of Psycho Biophysical Research, engineer Hernani Guimarães Andrade, renowned among scientific investigators of different nationalities, points out in his book A transcomunicação através dos tempos [Transcommunication Through Time] an appreciable opinion of recipient of the Nobel Prize in Medicine, French physiologist and thinker Charles Richet (1850-1935), founder of the Meta Psychic Journal, who also had to confront convention: “I know all too well (from personal experience) how difficult it is to believe what one saw when what was seen is not in accordance with the general, vulgar ideas that make up the very bottom of our knowledge.”

The renowned father of the Theory of Relativity, who used to give the warning “God does not play dice with the Universe,” never hid his talent to free the mind so that it could fly infinitely higher and higher: “I think 99 times and find nothing. I stop thinking, swim in silence, and the truth comes to me.”

Well, Einsten’s moments of silence were of supreme value for the evolution of humankind. 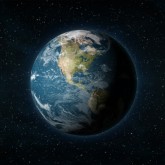