God, Bioethics, and the Synthetic Genome

The announcement of the creation of a living organism based on a synthetic genome has been provoking diverse reactions in the international community, alternating among euphoria, concern, caution, and perplexity. The feat is being considered one of...

Here it is the reason for human Science to be so incipient, in spite of the respected efforts of so many abnegate idealists: it is dazzled by the restricted part of the material Universe that it sees. But what about the vastness that it doesn’t see...

The months of October and November are marked by dates that remind us of the genius of two of the most famous Brazilian composers: Heitor Villa-Lobos and Claudio Santoro. This is because on October 1st we celebrate International Music Day. On November 17, 1959, Villa-Lobos, a renowned son of Rio de Janeiro, left for the Great Spiritual Homeland. In edition 220 of Good Will magazine, I paid a tribute to his memory. Also in November, but on the 23rd and in the year 1919, the famous composer from Manaus, Claudio Santoro, was born. His “Peace Symphony,” which was recorded by the Moscow State Symphony Orchestra and the Stepanov Choir, from Russia, conducted by Santoro himself, opens my preaching of the Gospel of Jesus on the Super Good Will Communications Network.

As an admirer of the geniuses of planetary culture and recognizing that music plays a transcendent role in uplifting human beings, whenever I can I take advantage of the melodic treasure to establish an analogy between it and the divine omens, in such a way as to help people’s understanding of the apparently indecipherable code of the Apocalypse of Jesus. José Geraldo Nogueira Moutinho, writer and literary critic, in his “Musicália,” says that “music absorbs chaos and organizes it.”

In my book Apocalipse sem Medo [Apocalypse without Fear] (1999), in the chapter “Apocalypse and Universalism,” I comment that Arturo Toscanini used to teach, mutatis mutandis, that listening to music is not hearing notes. Indeed, since delighting in the great art of Verdi, Tchaikovsky, Wagner, Borodin, Schumann, Debussy, Ravel, Grieg, Sibelius, Irving Berlin, Gershwin, Grofé, Chiquinha Gonzaga, Noel, Cartola, Caymmi, Jobim, João Gilberto, Caetano, Gil, Chico Buarque, Toquinho, Guerra Peixe, Carlos Gomes, Father José Maurício, Francisco Braga, Lorenzo Fernandez, Augusto and Alberto Nepomuceno, Guerra Vicente, and so many others is becoming one with the feeling of the melodic message the composer wanted to convey to the listener.

This is how the Apocalypse is. Its message is not in the “letter that kills,” but in the spirit of salvation that, by way of the love of the One who fraternally warns us, descends from the Creator to the creature.

The Purpose of the Divine Message

What I try to highlight in my ecumenical preaching of the Gospel-Apocalypse is the part of God that lives in every human being, whether they are religious or an atheist; yellow, white, black, or mixed race; a civilian or in the armed forces; illiterate or literate; right wing, left wing, center, or even if ideologically they have no party at all.

If human beings do not seek solidarity in their private or collective life, where are we going to end up?

The cosmos is music, which, in the definition of Paul Claudel (1868-1955), “is the soul of geometry.” So, we have to find the sounds that, with their universal reach, draw us together fraternally. That is why the Message of God, which vehemently opposes all inexcusable intolerance, exists.

Also in the aforementioned work, in the chapter entitled “Trumpets and Composers,” I point out that there are still those today who exclaim: “The Apocalypse is God’s disaffection with Humanity!” Are they right? We shall see that they are not.

Let us look at it part by part: what does ancient wisdom say? “Thought is the tailor of destiny.”

With our ideas and actions, we end up unveiling our intimacy. Jesus, the Ecumenical Christ, in other words, the Universal Christ, the Divine Statesman, declares this in the Gospel according to Luke 6:45: “The good person out of the good treasure of his heart produces good, and the evil person out of his evil treasure produces evil, for out of the abundance of the heart his mouth speaks.”

Given this, when the Angels of the Seven Trumpets—which in a simple analysis mean political facts and war-like political facts—play, they do not do so randomly. They are externalizing what the Seven Seals (The Apocalypse, chapters 6 and 8) revealed about our feelings, as expressed in the musical score we composed with our attitudes. We are the ones who produce the tragic or beautiful melody the Angels will play. Therefore, we write the Apocalypse when we respect or infringe the norms of the Creator.

The Divine Comedy—Paradiso, Canto XXII—by Dante Alighieri (1265-1321) poetically illustrates the justice of God: “The sword from above does not strike hastily,/ or reluctantly, except to his perception, who waits for it with longing, or in fear.”

Likewise, journalist, radio broadcaster, and poet Alziro Zarur (1914-1979), founder of the Legion of Good Will, declared: “The Divine Law, by judging the past of men, people, and nations, determines their future.”

Rights, Duties, and the Apocalypse

If we just think about our rights and forget our duties, tomorrow we will be charged by our duties and forgotten by our rights.

Let us not want the Heavenly Father to treat us as children when we insist on being adults. This quote by French writer Martin Du Gard (1881-1958), fits like a glove here: “There is no true order without Justice.”

Obviously, as far as the dignifying acts we carry out is concerned, the Apocalypse will present wonderful compositions for those who deserve a better world in the millennia we shall know in the future. We shall live forever, because eternity is real and the law of successive lives is the divine standard. Zarur’s concept was: “Reincarnation is the key to the prophecy.”

Therefore, the hearts of people need to be attuned to the pitch of God. 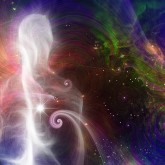