The months of October and November are marked by dates that remind us of the genius of two of the most famous Brazilian composers: Heitor Villa-Lobos and Claudio Santoro. This is because on October 1st we celebrate...

Here it is the reason for human Science to be so incipient, in spite of the respected efforts of so many abnegate idealists: it is dazzled by the restricted part of the material Universe that it sees. But what about the vastness that it doesn’t see...

The Reality of Life in Other Dimensions

We are carrying out a fundamental task in the world of promoting Social and Sustainable Development, Education, Culture, Art, and Sports with Ecumenical Spirituality, so there may be Socio-environmental Awareness, Food, Security, Health, and Work for all its components, awaking in them the Planetary Citizenship. But for there to be Universal Spirituality it is necessary that this work of Education and Culture is also done with Spirituality. Did you observe the detail? With Superior Spirituality.

Are our friends in the Spiritual World invisible? One day we will be just as invisible as they are, which does not mean that we have died and turned into the dust of the earth, as some still prefer, thinking that death ends everything. Obviously, regarding the material body—which came from the earth and to the earth shall return—this is what happens, as we read in the Old Testament of the Holy Bible, in Genesis 3:19 and Ecclesiastes 3:20: “Remember, man, that you are dust, and to dust you shall return.” However, these words do not apply to the Spirit, which is eternal and of which Jesus said: “The flesh profits nothing. It is the Spirit that vivifies” (The Gospel of Jesus according to John 3:8 and 6:63).

The Spiritual Humanity is still invisible to our material eyes, but it exists. The Spiritual World is not an abstraction.

Science is already researching the possibility of existence in different dimensions, in addition to the fact of also investigating life on other material planes, stars, systems, and galaxies, because it would be human arrogance to pretend that life does not exist outside planet Earth. If people of Goodwill do not unite, what will happen, and caused precisely by this uncalled-for pride, is that life may cease to exist on our own terrestrial orb, because there are still unrestrained people who possess very powerful arms. They have powerful artifacts in their hands, and not just nuclear weapons, but chemical and bacteriological weapons, and so on and so forth. This shows that Humanity, or at least some of those who find themselves at the head of it, needs to reflect better. Deep down in these leaders lives a fear that causes them to create a defense against the ghosts they dream up in their own minds, and so they arm themselves, and arm themselves, and arm themselves . . . and this without mentioning their unbridled greed. Meanwhile, people remain hungry, hungry, hungry . . . because it is absurd what is still being spent on arsenals, even after the fall of the Berlin Wall (1989), when people were able to breathe a little easier because of the end of the Cold War. But the danger continues, because hatred, greed, and insolence still torment human hearts. . . . 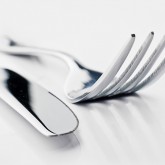