Worthy of respect and praise is the biography of the famous North American social activist, writer, and lecturer Helen Keller (1880-1968). Although it is known that she became blind and deaf at her eighteen months of age, with the...

There is nothing more powerful than a mother’s heart. On the occasion of Mother’s Day, I pay a modest tribute to all mothers by way of a pioneering woman in mathematics and astronomy and an icon of philosophy in ancient times. In Ecclesiastical...

March 8 is International Women’s Day. Even in the 21st century, women have been the victims of the worst atrocities, among which is the abominable crime of rape, for which there is no justification. This is a disgrace to humanity. In the Preamble to...

Since the night of May 25, 2020—the day when black security guard George Floyd was killed while being choked by a policeman in Minneapolis/MN (USA)—a wave of protests against racism and police brutality spread over a good number of cities and towns in the country.

The Black Lives Matter movement, which began in 2013, gained strength on social media all over the planet, bringing together the most diverse peoples in the fight to end violence against black communities.

This is a crucial issue that needs to be addressed all the time. On February 1, 1987, journalist, radio broadcaster, and writer Paiva Netto, President of the Legion of Good Will (LGW), published an article under the title “Racism Is Obscenity” in the Folha de S.Paulo newspaper.

These words echoed in the media even before the implementation of the Brazilian 1988 Constitution, which classified racism as crime.

At the time, Paiva Netto summoned all to be united in defending an anti-racist society, free from any kind of prejudice, since we are essentially Spirit and, therefore, children of the same God. Given the power and the relevance of such words by the President of the LGW, the important text is reproduced in this edition, added by some new comments by the author.

The fight against racial discrimination has always been a marked characteristic in our speech on the Good Will media. That led to a series of interviews given by me to the press. One of them was to my dear, late friend Paulo Rappoccio Parisi (1921-2016), on October 10, 1981. At the time, he asked me: “Would you say racism is over within our borders?”

To which I replied: Definitely not. Racism is still widespread in Brazil, although stealthily, if compared to the apartheid regime in South Africa (that was 1981). Despite the strong fight by abolitionists, in many aspects, slavery has not been abolished. . . .

Racism is obscenity (just as social, gender, religious, scientific, or any other kind of prejudice). It undermines not only the efforts of the black community, but also those of poor whites, indigenous people, and immigrants . . . This is also social discrimination. The lack of Solidarity is jeopardizing humankind. Racism must be eradicated once and for all, since in its core lie the darkest types of persecution, hindering the establishment of Peace on the planet. Everyone together, we must courageously change such shameful scenario. We are against racism since, above all, we fight for the dignity of human beings.

The ideal solution for Brazil

In the chapter “Anglo-Saxon Nations and Miscegenation” from O Capital de Deus [God’s Capital], one of my next books, I reproduced an interview I gave to radio broadcaster Paulo Vieira, for the program Jesiliel e os seus sucessos on Estéreo Sul Radio Station, in Volta Redonda/RJ (Brazil), on April 5, 1991, when I expressed the point of view I have had since my adolescence years:

One solution for Brazil starts with trusting itself. The day we stop restricting ourselves to the mere status of copying other countries and saying that ours is the way it is as a result of the miscegenation of Blacks, Europeans, and indigenous people, then we will rise from the “splendid cradle,” and no one will ever be able to discourage us.

Some people say: “Anglo-Saxon, Germanic nations, whatever other nations, are amazing! Just see the nations they have colonized.”

But what must be remembered is that in ancient Rome Anglo-Saxons were considered inferior; so were Germanics. Gaul, France today, was far behind. But they have developed. They had time to do so—and knew how to use it well. One must get rid of such absurd idea, which actually sounds like an orchestration no one knows from where. Or do we know?! . . .  One very often hears someone who distractedly feeds Brazilian defeat by saying: “Listen, there’s no way out! We are a doomed, mixed race of Whites, indigenous people, and Blacks.”

I do not believe that and I do protest against such suicidal thinking. Those who believed that no respectable civilization could emerge in subequatorial regions are also wrong. Despite all the problems it is faced with, our country moves forward (although it may not show it at times), opposing such idea.

That is illustrated by the result of a study released by the Institute for Applied Economic Research (IPEA), which describes the phenomenon of “Brazilian population darkening color.” In an article published by Agência Brasil on November 20, 2008 (Black Awareness Day), one reads: “Research has shown that changes in how people think rather than demographic elements are responsible for practically the change as a whole. . . . According to the publication ‘Racial Inequalities, Racism, and Public Policies: 120 Years after Abolition,’ up to the early 1990s, black population had been growing ‘relatively slowly,’ through slightly higher fecundity rate for Blacks and mixed race. Additionally, descendants from black and white couples are more likely to having mixed-race children. At some point between 1996 and 2001, Brazilians started going through a process of change in the way they see themselves. In that period, according to IPEA, people were less ashamed of identifying themselves as black and stopped trying to ‘whiten themselves’ in order to find legitimation from society.”

In an interview for the program Connection Jesus — The Divine Ecumenism, on Super Good Will Communications Network (radio, TV, and the Internet), Professor Marina de Mello e Souza, PhD, Associate Professor of History of Africa and renowned staff member at the Department of History at the University of São Paulo (USP), presented an interesting analysis after explaining the history of that beautiful continent, so important for world balance: “My late wise father used to say: ‘In Brazil, there is the White Brazilian and the Black Brazilian.’ That is to say, we have neither Whites nor Blacks, since if you have a Brazilian black man standing by an African black man you will see all the miscegenation you have there. So, when a Brazilian white gets familiarized with the history of the African continent, rather than trying to hide his African heritage he will want to say: ‘Well, I am also part of this!’ What I see in my classroom is a crystal clear change in the face of students from day one to the last day of classes—and that is because we unveil a totally unknown wealth of knowledge, and through it we open the possibility for building self-esteem.”

Brazil is a nation of mixed races. The survival of those races depends on the full recognition and acknowledgement of its brilliant miscegenation. Precisely because that is where its strength lies.

Brazil is a globalizing nation

When contemplating our country—as I wrote in Crônicas e Entrevistas [Chronicles and Interviews] (2000)—and seeing it filled with descendants of immigrants, as well as with migrants hopeful to be integrated into the best of its social fabric, it is confirmed that Brazil houses one of the most extraordinary people of the Earth, with privileged characteristics resulting from its fantastic miscegenation. It is a globalizing nation . . .

The mixing of ethnicities

Euclides da Cunha (1866-1909), renowned mixed-race journalist, professor, historian, essayist, and engineer from Rio de Janeiro, was a great enthusiast of the Amazon and of the Northeastern regions in Brazil. His descriptions of those suffering regions have ranked him as the best writer of his time and can be found in his masterpiece Os sertões [Rebellion in the Backlands], where he narrates the horrors of War of Canudos, and succeeds in changing the image of the region and of its country men in the eyes of Southern Brazil. Cunha’s famous statement: “Country men are, above all, strong.”

Regarding miscegenation in Brazil, the Land of the Holy Cross, Cunha wrote on August 15, 1897: “Diverse characteristics, men born in different climates in different latitudes, in contrasting habits and ethnic trends, different countenance, faces of all colors—from the brunette mixed-race to the copper-colored mixed races to the white—here they arrive and unite under the influence of one single aspiration.”

What a vibrant description!

For the Legion of Good Will and the Religion of God, of the Christ, and of the Holy Spirit, there is only one race: the Universal Race of the Children of God, the Citizens of the Spirit.

And we do believe that civilized people must share civilized understanding. 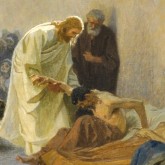 Defense of All of Us