Manifest of Good Will (I)

I received a letter from the reader Edson Rodrigues de Freitas, who lives in Rio de Janeiro city, asking me to have the Manifest of Good Will published, which words I addressed, during the launching of the Fundamental Stone of the World Parliament...

The Noble Destination of a Crystal

June 1, 1989, marks the day on which the Sacred Crystal was placed on the pinnacle of the Temple of Good Will (TGW), one of the Seven Wonders of Brasília (Brazil), a few months before it was inaugurated on October 21. The idea of having a stone at...

When I talk about Extraphysical Life, I am referring to the life that continues after the phenomenon called death. The Spiritual World, I like to reiterate, is not something abstract, indefinite. It does exist and is filled with spiritual energy and...

Miscegenation in the World Is Inevitable

The inevitable human miscegenation is a fact of global proportions. Several experts state that the concept of a pure race is increasingly diminishing in the world. An example of this comes from the United States that has created an item in its census to include people of a mixed race, who represent a significant proportion of the North American population. For this reason, I posed a question in the article “The Divine Abolitionist,” on page 149 of my book Chronicles & Interviews. Since the times of Monera, who is not of mixed race in this world? Here in Brazil, things are the same: in April 2000 the Folha de S.Paulo newspaper published the result of a DNA research, covering 200 white men and women from different regions and origins. The research indicates that in a group of 100 white people only 39 have exclusive European lineage. The other individuals bear the mark of miscegenation: 33% Indian and 28% African.

On several occasions in its history even Europe had all manner of immigrants, slaves and invaders, like the Huns, people from Central Asia who invaded the continent led by Attila, in the mid-5th century, inflicting serious defeats, submitting the emperors of Rome and Constantinople to taxation, in addition to devastating Gaul and crossing Germania, a region where Hitler (1889-1945) would emerge centuries later. Based on a false idea of a pure Aryan race, he slaughtered millions of Jews, gypsies, Slavs and the disabled. Would have the invaders of Germanic territory remained in a permanent state of chastity? Or did they leave their ethnic mark as a result of interracial crossbreeding that has been diluted after so many centuries? Let us remember the famous Mongolian spot.

It will become difficult to give up on Humanity, as it seems some intended to do radically with the new globalization: more products and less producing workers.

An outstanding example to be given is of the European Union with its ravishment of xenophobia, except towards the tourists. . . It is verifying the contingency of “importing” people, even if, for short periods, to perform services that its dolichocephalic people do not want to do anymore and to meet the needs of an aging population. Some already feel creepy with the “dangers” of ethnic crossings; however, businessmen and politicians already consider as a historical fatality the presence of “foreigners," mainly those of diverse colored skin.

Social and racial revolutions of this magnitude cannot be prevented indefinitely.

Nowadays, we notice the immigration phenomenon happening again in the opposite direction, but maybe more painfully. In the past, the trend was to move from Europe and Asia to America. In short: Italians, Japanese, Germans, Jews, Arabs, Iberians moving to the North and South America, including the Irish and Chinese to the Septentrional America. And they did not get here or there as masters, but as servants in their majority. Through sacrifice and hard work, they reached the top.

I remember a statement made by the Positivism philosopher, Auguste Comte (1798-1857), whose thought had strong influence over the founders of the Brazilian Republic, starting with Benjamin Constant (1836-1891): “Man moves and Humanity conducts it.” That is it.

Today, immigrants, legal or not, also abandon their countries, leaving behind traditions and loves, for a crying need. In the case of the United States, the number of Hispanics arriving in the country is still increasing, most of them are Mexicans. They are overcoming all obstacles and, as time goes by, are gaining some status. Millions can already vote. The number is not small, and it does not stop increasing, as for their high birth rate. There is also the presence of Cubans in Miami. They became a considerable power there. In New York, 40% of its inhabitants came from 167 countries and speak 116 languages, according to the news reported in the year 2000. Wow! The creator of Positivism was right.

During part of my childhood, I studied at the Colégio São Francisco de Sales, of the order of Dom Bosco. The period was enough to turn me into one of the many admirers of the respected educator from Turin. He set up a pedagogy notably benefiting his bericchini, young people lost in life in the poor Italy, which unified itself under the baton of diplomatic astuteness (is it redundant?) of Count de Cavour (1810-1861), the pertinacity of Mazzini (1805-1872), and the courageous spirit of Garibaldi (1807-1882).

The great thaumaturge born in Becchi once said:

“A great event is being prepared in heaven in order to astonish the peoples. . . . A great reform among all the nations will happen and the world will mix like an ocean.”

For those that read so far, maybe with a condescending smile, I expose this warning of Cicero (106-43 BC), Roman orator and politician, concerning the fact that not even the most sophisticated and cult communities despise the gifts of prophecy. Besides, in the laic field, economists make previsions that do not come true, analysts foretell reactions of society and make mistakes. And, if we enter the sports field. . .

Brazil is a globalizing society

Turning our eyes to our country, full of immigrant descendants and also migrants who are hopeful of finally being integrated in the social tissue, it is confirmed the evidence that it has one of the best peoples of the planet, with privileged characteristics, due to its extraordinary mixed cultures. It is a globalizing. . . society. . .

Pietro Ubaldi (1886-1972), Italian philosopher that arrived here in the beginning of the 1950’s, was able to see what others are only starting to notice now:

“Brazil is the classical land of racial fusion; it is the melting pot where everything gets blended. And we know that nature regenerates itself in the fusion of diverse types, while the isolating racist principle is anti-vital.”

In spite of poverty waiting to be exorcised for good, in the Land of the Holy Cross subsists the greatness that has allowed it to maintain the miracle of its geographic and idiomatic union, and the capacity of survival.

Oh! The extreme violence of today?! Is it the people’s fault or the senzala’s that was not entirely demolished? Is it globalization’s fault? What was it formerly? May the German mathematician Leibniz (1646-1716) speak:

“I was always sure that if we reformed the education of the young people, we would be able to change the human lineage.”

“We only take care of filling the memory, and leave the understanding and conscience empty.”

In other words, in addition to educating, we are urged to spiritualize the globalizing society ecumenically, which singles out a new path for the world. Those who live long enough will see it! The Brazilian sociologist Gilberto Freyre (1900-1987) proclaimed that “Brazil needs to discover Brazil.” 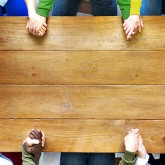