Peace: the Personal Work of Jesus

Alziro Zarur (1914-1979) wrote in the 20th Biblical Key of the Triumphal Return of the planet’s Supreme Leader, Jesus: “No man, no strong group, no people, no superpower, whether communist or capitalist, will...

Jesus and His Triumphant Victory Over Death

Holy Week! An inspiring time for all of us to exalt the great victory of Jesus over the last enemy to be destroyed by human beings: death. If you allow me, I would like to bring you an excerpt from my book Os mortos não morrem [The Dead Do Not...

Jesus Has Risen, and, With Him, So Have We.

One of the most remarkable moments in the history of Christianity took place on the days of Easter, which means “passage” or the “Passover,” a period that recalls the liberation of the Hebrews from slavery in Egypt. Jesus Christ, the King of...

The Message of the Empty Tomb

In my book Liderar sob a Proteção de Deus [Leading under the Protection of God], you will find writings that over the years I have sent to those who labor with me in the Institutions of Good Will. In these texts I seek to emphasize how essential the tool of all-encompassing Ecumenical Spirituality is to the success of the undertakings in our lives. One of them, dated 8/25/1997 (in the early hours of Monday morning), written in Rio de Janeiro/RJ, Brazil, talks about the most important fact of Holy Week. As the document is long, I have separated some of its main points:

The Good Will Ideal will always survive, because its mystic body is illuminated by an undeniable realistic nature that comes down from God, like the New Jerusalem, since it incorporates the new Heaven and the new Earth (The Apocalypse, 21:1 and 2). In its powerful hands waves the flag of the Third Millennium of Hope.

This work, which started with the preaching of the Apocalypse in 1949, came enlightened by a tremendous optimism, since Alziro Zarur (1914-1979) did not present the Book of the Final Prophecies as the tragic announcement of the end of the world, but as it really is: a renewed notification about a great transition in which “each person will be given according to what they have done” (The Gospel according to Matthew 16:27 and The Apocalypse of Jesus 22:12). So, this is not the “end of the Earth”, but the end of an era that could no longer exist. A loveless world reigned.

The ephemeral nature of civilizations

Civilizations that considered themselves irreplaceable had their “eternity” revealed as ephemeral, like the short duration of “Malherbe’s roses”.

Now, we are Spirit, and as such, infinite. This being so, we cannot be afraid of the constraining boundaries of time and space, as some want, nor can we despise God’s prophetic message. It shows us the transitory reason of human radiance, whose transformation is exposed in the Seals, Trumpets, and Scourges of the Apocalypse. It also shows us the perennial nature of the constructions of the spirit of man when he rationally or intuitively recognizes receiving from God, through the all-encompassing Ecumenical Christ, the Divine Statesman, and the Holy Spirits, all the luminosity of their pragmatism, which is historically expressed in the Resurrection of Jesus. The Apocalypse offers us the certainty that the destruction of the planet will not occur, as certain chronic pessimists preach; however, the deteriorated part of a rotten structure will be demolished, like at the end of the kingdoms and empires, in such a way that the Evangelist-Prophet no longer sees either the former heaven (with its terrible umbrals [communities on the abysmal regions] or purgatories) or the old earth (with its infernal wars, famines, poverty, fanaticism, and racism; in short, hatred of all hues that offend the Father who is Love). From an alleged end an extraordinary beginning arises.

Death cannot deter the action of the Spirit

Just as the Resurrection of Jesus, which was emblematically symbolized by the Empty Tomb, alerts us to the fact that death cannot deter the action of the Spirit, so we shall perpetually have the certainty of more auspicious times. It is God who states in the Apocalypse (21:5) that, despite all the pain caused by human folly, He will make “all things new”. We need, therefore, to cooperate in favor of this fortunate desideratum (The Second Epistle of Peter 3:12).

Young people of Goodwill, of body and Soul, you have no other task but to preach in all languages, and to all nations, the Politics of God, in other words, the Gospel-Apocalypse of Christ, and always in Spirit and Truth, under the light of the New Commandment of the Sublime Leader of Humanity: “Love one another as I have loved you. Only by this shall all of you be recognized as my Disciples. There is no greater love than to lay down his own life for his friends” (The Gospel of Jesus according to John 13:34 and 35; 15:9).

It is time to bathe the Eternal Spirit of the creature in the Divine Brightness, contributing to the efforts of so many good people in action around the globe. That is why the Super Good Will Communications Network (radio, TV, press, and the Internet) exists, to universally take the notable message of God to Men and Women, Young People, Children, and Spirits, the Blessed Souls, of the Good Will of God. Talk, therefore, to the world!

Death is no longer the lugubrious entry to Nothing

Zarur had good reasons for saying: “Religion, Science, Philosophy, and Politics are four aspects of the same Truth, which is God.”

With the Resurrection of Jesus, death stopped being the lugubrious entry to Nothing. In fact, it is the splendorous revelation that happiness in God, the Provider of all needs, is eternal, just as the achievements of Good on Earth and in Heaven are perennial.

Let us respect life and it will bless us.

When the Heavenly Friend revealed the Empty Tomb, he did away with the impossible because, as He promised, he rose from the dead to eternity: and us with Him. Thank God! 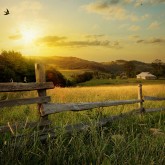 Jesus and the Exaltation of Life